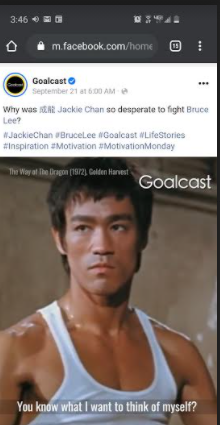 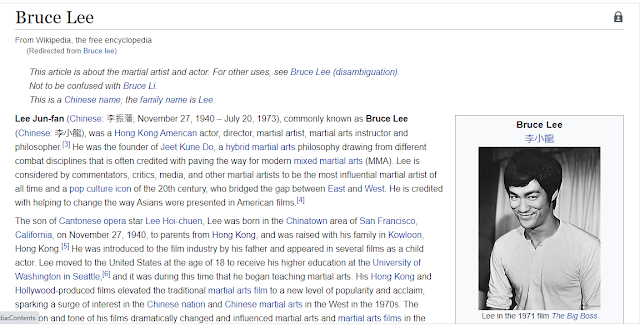 So Facebook gave me a post the other day about Jackie Chan in connection to Bruce Lee. It only stands out to me in regards to what I have documented with China and Charles Manson. In the film "Once Upon a Time in Hollywood", they have a scene where Bruce Lee gets beat up by Brad Pitt...and they make Bruce Lee seem like an arrogant dickhole.
Anyway, I looked up Bruce Lee and notice that he died on the anniversary of the Moon landing.

The video that Facebook gave me told of Jackie Chan getting his start as a stuntman in Bruce Lee movies. He told of a time Bruce Lee hit him and felt bad about it...then days before Bruce Lee died, he went bowling with Jackie Chan. As he was getting in the car to leave he turned around and looked at Jackie like he wanted to say something, but then never said anything.

Notice that Jackie Chan was born on 4/7.

It's also interesting that Bruce Lee's final film was "Enter the Dragon"...the film that also stars John Saxon who recently died in 2020.

It's said that Bruce Lee was born in a Chinese Dragon year and during a Dragon hour....The only film I think I've ever watched involving him was the biopic called "Dragon" too...

It's perfect that he would mysteriously die at the age of 32 as well.

He was born in Chinatown..in San Francisco...

I recently started watching the Roman Polanski film called "Chinatown", but I haven't finished it yet..

This also means that he was born on the 32nd day of the year too.

Posted by The Mindless Freaks(Dan Behrendt) at 4:12 PM