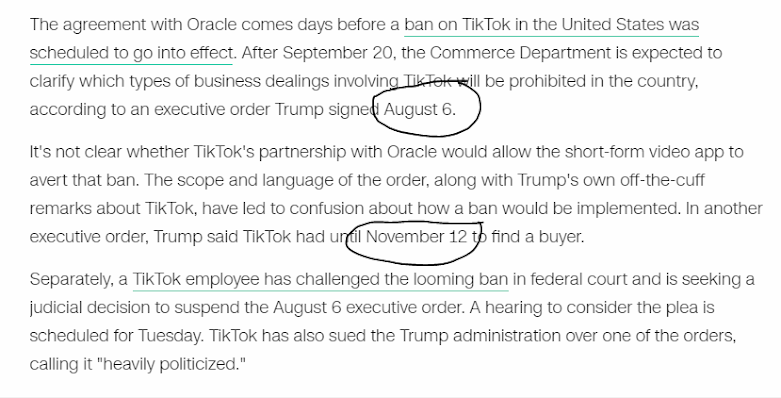 Tik Tok partners with Oracle instead of Microsoft today.

The Tik Tok drama is just another connection to China.

Tik Tok had until Charles Manson's birthday to do so because of Trump's order on 8/6. I've been saying how the date of 8/6 is important to the Chinese year of the Tiger/China and so on...

Oracle...a Prophet.....It seems there will be something big coming with China.

Of course they just released the new MULAN movie too. The plot involves China....plus 11/12 is the day Disney + launched.

The actress who portrays Mulan is of course from WUHAN too.

I think it's funny that in the last few months I discovered the show "The Last Airbender" too. I watched about 5 or so episodes and the film, but then quit watching it.....it's based on Chinese Martial Arts though.

Posted by The Mindless Freaks(Dan Behrendt) at 1:44 AM