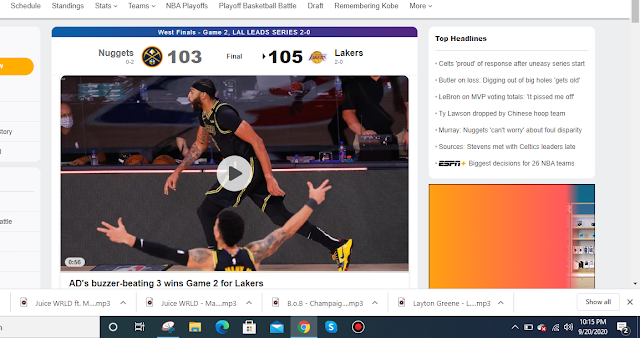 As I was looking at the headlines, I see a story about Ty Lawson being banned from his Chinese basketball team today too....for his Instagram posts. Haven't I been saying that China is a major part of the narrative this whole time? Of course Ty Lawson is mostly known for his time with the Denver Nuggets who lost to the Lakers.

Lawson was then traded on 7/20..or the anniversary of the Moon landing to Houston in 2015.

Posted by The Mindless Freaks(Dan Behrendt) at 1:33 PM