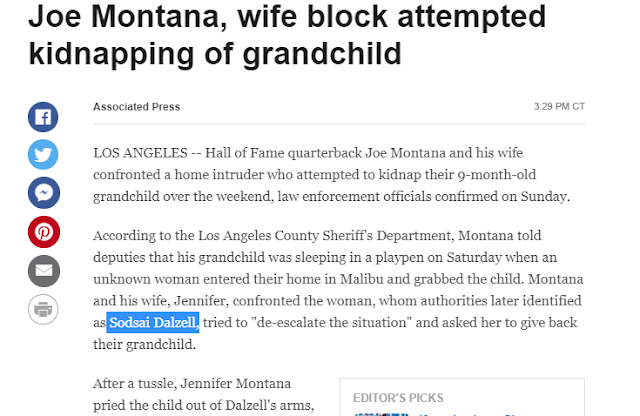 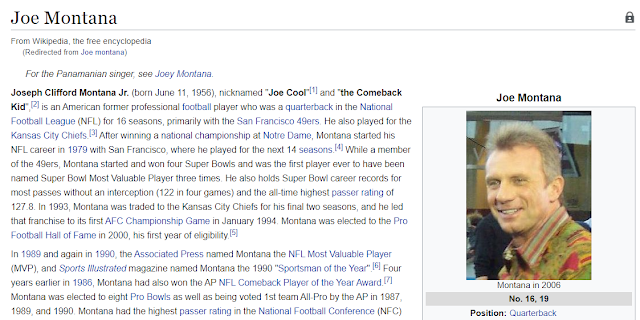 Montana who is now 64 years old is known for playing for the 49ers.

Of course the 49ers won with 36 points today too..
Joe Montana=36
It's just so stupid. I honestly show people around me this stuff all of the time to no avail...they just don't give 2 shits about it and are happy living life without wondering...I know I say it a lot, but it's truly annoying...

Of course this also happens just before the Chiefs play the Ravens tomorrow night as well....Remember Montana/Steve Young had a QB controversy...just as Kaepernick/Smith....Kaepernick lost to the Ravens in SB 47.

I'm sure there's a narrative with the Jesuits and Joe Montana playing for Notre Dame as well.

Posted by The Mindless Freaks(Dan Behrendt) at 5:01 PM