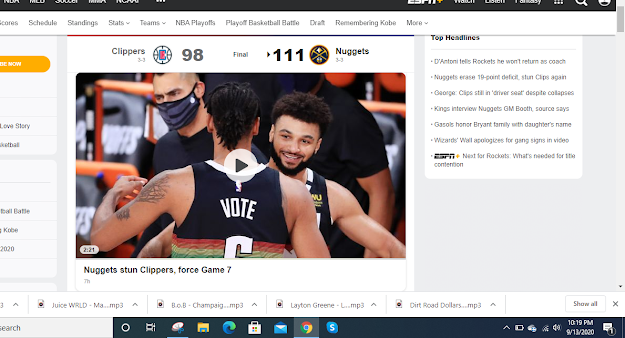 It will be very interesting if the Denver Nuggets upset the Clippers to play the Lakers.
Remember the Batman/Joker/Daryl Morey/South Park narrative was synced to the Denver Nuggets and their player
Will Barton. Will Barton was connected to Kobe Bryant's death/Achilles narrative.
He was on the plane to China on the South Park episode along with James Harden and LeBron James too.
Will Barton played in only 58 games for the Nuggets this season.
Los Angeles Lakers=58
Kobe Bryant=58
Notice the score above too...111 to 98...the day after the Rockets get knocked out.
The NBA Finals=111 and 213
Rockets=98
Clippers=98
Denver Nuggets=213(FB)
Kobe Bean Bryant=213(FB)
Los Angeles=213(FB)
The Nuggets also have Jokic...the Joker.
The Rockets played the Nuggets on the same day Kobe Bryant died.
The Nuggets were originally called the Denver Rockets until the year 1974.
It also makes me think of Dikembe Mutombo who played for the Rockets and the Nuggets. Think how Mutombo also played with Yao Ming on the Houston Rockets. 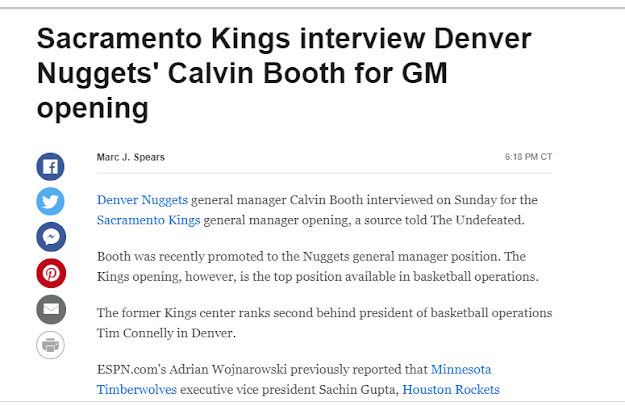 A different story in the headlines is Nuggets GM being interviewed by the KINGS.
Notice on Calvin Booth's wikipedia page it shows him guarding Yao Ming lol. What are the odds?
The Rockets also got knocked out on Yao Ming's birthday of all days. This narrative I have been following is all about CHINA.
Yao Ming=136(FB) and 157
Kobe died 136 days after Yao's bday on 1/26.
The Dark Knight=136
Kobe Bryant=157
China=126(FB)
Will Barton's bday is 136 days after Kobe's bday.
Yao Ming scored his first points in the NBA against the Denver Nuggets.
Also remember the Great Wall of Colorado?
The Rockets played the Clippers on 10/4..the same day the Joker movie came out.
The Kings and Rockets were the first game played in China.

Yao also retired from the NBA on 7/20...which is the anniversary of the Moon landing.
China...Space....Rockets...
Daryl Morey=136 and 186(FB)
The Batman=136
The Denver Nuggets are also important in regards to Carmelo Anthony coming back this year...
NASA=35
China=35
King James=35
LeBron is 35 years old.
Steve Nash is the coach of the Nets....The Lakers played the Nets in China in the preseason.

P.S. I hate this new layout on the blogger, but I can no longer revert it back to the old way. It's such a pain in the ass when you can't drag and drop pictures and have to search for them.

Posted by The Mindless Freaks(Dan Behrendt) at 11:57 PM