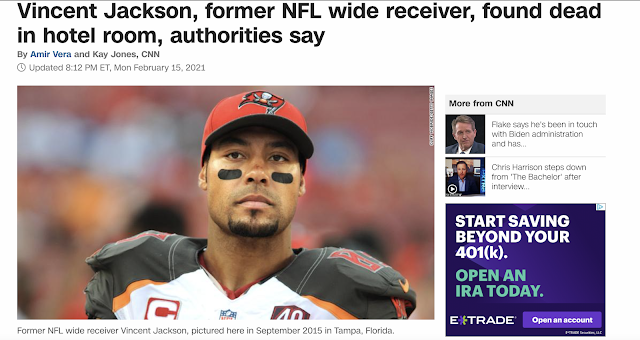 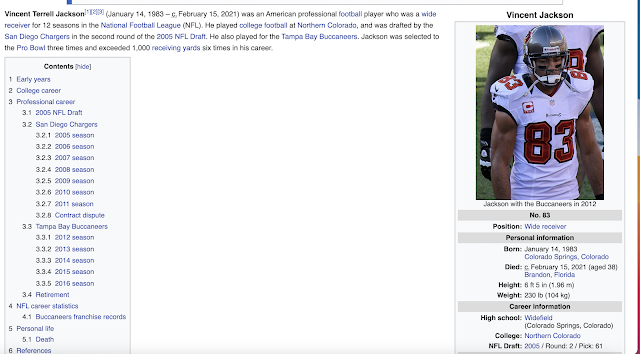 Every year before and after the championship we have people associated with one the teams falling over dead...now it's Vincent Jackson who played for the Buccaneers and wore #83....was born in 83'...

He died in Brandon, Florida at the Homewood Suites..

It makes you wonder if he was murdered...

The Buccaneers just won SB 55 on the 38th day of the year. 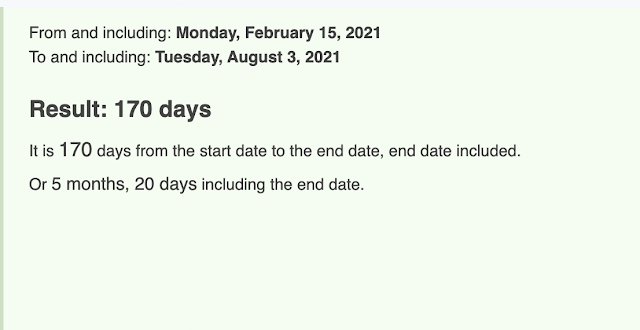 He dies a span of 170 days before Tom Brady's bday on 8/3..
Tampa Bay Buccaneers=170
Tom Brady=170(FB)
He dies during Lupercalia, which is something Tom Brady has also had a connection to over the years.
During Lupercalia they sacrifice a wolf/dog and a goat/goats..
I'm also curious that he played for the San Diego Chargers as well...this reminds of the recent death of Marty Schottenheimer who coached the Chiefs and Chargers...
San Diego=38
It reminds me of the death Slipknot's Paul Gray at age 38 in Hotel Room 431...

Posted by The Mindless Freaks(Dan Behrendt) at 1:29 AM