So I'm at work right now and for whatever the reason I was singing the Hokey Pokey..I then told my coworker that I miss being a kid and going to weddings and family gatherings and messing around...like when the song says put your head in, my cousin Jacob and I would pretend to put our weiner(head) in instead of our actual head...Anyway I started thinking about my cousin Jacob and going to his dad's house a lot of times after these events. His dad is my uncle Fred who is the kindve the black sheep of the family like I am, and he's always been that uncle I can party with and what not...

Anyway, as I'm thinking about this I walk around the corner and hear some guy say, Brrr it's cold...of course it was my uncle Fred/Freddy...after we saw each other I said what's up and so on and then he left..

I then figured I'd look at the sync..hence why I am typing this.

Today just so happens to be 62 days after his 62nd bday..
Fred Behrendt=62

I also blogged that I had synchronicity with him on 10/9..2018 too and he is involved with the Finger symbolism connected to Trevor Bauer..the sync happened on 10/8, but I blogged about it on 10/9.
Fred Behrendt=109
Los Angeles=109
It's funny too as a major piece to this was about 624 and Rocky Colavito..I never realized that Trevor Bauers bday is 6 months 24 days before Rocky Colavitos, which is also my Uncle Fred's bday.
Bauers bday on 1/17 is also 6 months 24 days after 6/24.
Rocky Colavito=624
Detroit Tigers=624
So on..
This was all important to the date 8/6 too.
A few days after this sync Kanye West went to the White House and Kanye is synced to a Freddy theme. Then the Bohemian Rhapsody film came out the same day Slipknot tickets went on sale for the Iowa State Fair and Slipknot was connected to the Kanye/Fred/Freddie Gray/Paul Gray theme.
I just talked about my uncle ED and now I'm talking about my uncle FRED too..lol 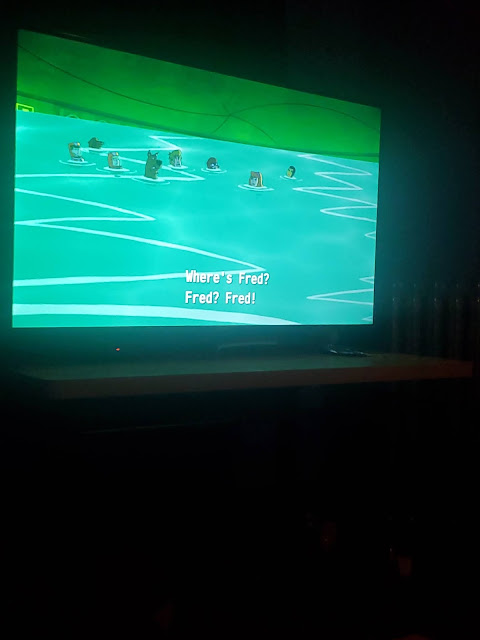 I wrote a good majority of this post at work, but I wanted to look at my old sync with him before posting...after I got home, I ate supper and then went to sit on the couch and listen to my old video about the previous sync..after I sat down I looked at the TV right as it was saying, Where's Fred, Fred, Fred? An episode of Scooby Doo was playing...not sure which one though..if more comes up I will look it up..
Posted by The Mindless Freaks(Dan Behrendt) at 11:23 PM