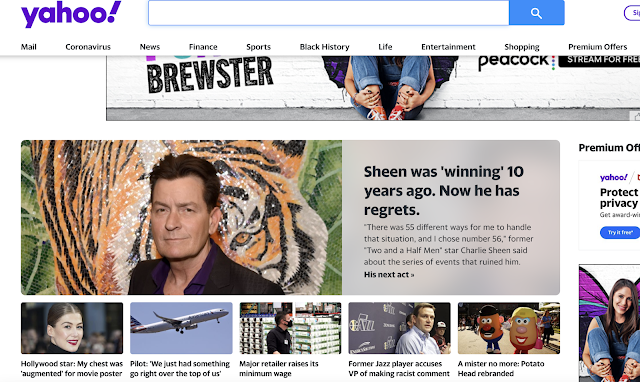 There were 55 ways to handle the situation so he chose number 56?
Sheen is currently 55 years old and will turn 56 in 2021.
The story came on the 56th day of 2021, which is a span of 191 days before Charlie's 56th bday.
Funny how Yahoo gives me a headline article about Charlie Sheen and a picture of a Tiger on it just after Tiger Woods wrecks....Recall Charlie Sheen said he had Tigers Blood and in 2015 it was revealed that he had H.I.V....this was after Taylor Swifts song "Bad Blood" won video of the year...it was synced to Freddie Mercury who also had Bad Blood...We also had the Missouri Tiger hunger strike around the same time Charlie Sheen announced his HIV.
Charlie=56
Paris France=56(2015 attack when Sheen announced HIV)
Isis=56
Tiger Woods injuries, I'm sure there was Tiger's blood too.
winning=45
Tiger is 45...so on..
What I pointed out years ago too was..
Tigers Blood=126
5/6 is the 126th day.
Two and a Half Men=56

Oddly enough Conchata Ferrell from Two and a Half Men died a span of 135 days before Tiger's accident..
Tiger Woods=135
Posted by The Mindless Freaks(Dan Behrendt) at 11:05 AM