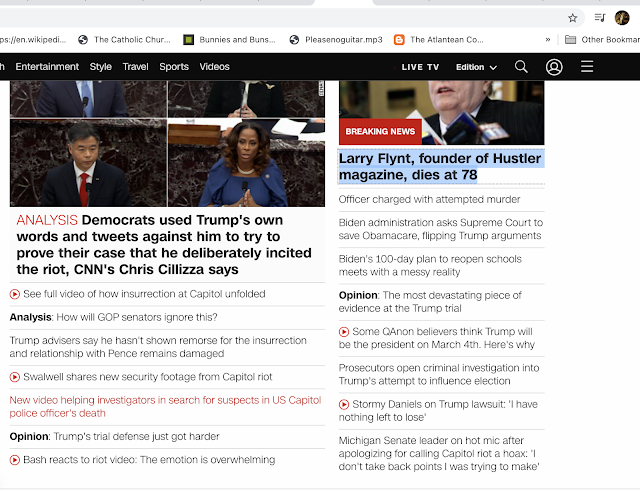 Right after I made the post about Larry Johnson earlier I got a notification about Larry Flynt dying age 78.

Recall Larry Flynt was shot and paralyzed in the year 78' too.

It's also interesting that today is the 41st day of the year and Stormy Daniels is currently 41 years old. Recall that my Uncle Ed Murphy won a contestant from Hustler magazine and went to the Moonlite Bunny Ranch owned by Dennis Hof...the guy who owned the Love Ranch where Lamar Odom almost died. I'm mentioning this because Odom is also 41 years old....thinking about Kobe Bryant and 41.

My uncle Ed...who I always have called "Eddie/Eddy" was in the August 2011 issue of Hustler with Cami Parker.

It's also interesting that today is a span of 168 days after my uncles bday.

It's also interesting to me that Lamar Odom and my Uncle's bdays are 2 months 10 days apart..today is 2/10. I've talked these guys being connected in previous blog posts too. I also mentioned how my Uncle's bday is the same day Haile Selassie died and so on.

Recall Kobe Bryant died 210 days before his bday too.

It's also interesting that today is 3 months 4 days or 96 days after Lamar's 41st bday.

Recall that the biggest number I talked about with Kobe was 34.

I also find it interesting that Larry Flynt died 264 days before his bday. I've mentioned a ton about this number since around his bday.

Posted by The Mindless Freaks(Dan Behrendt) at 8:48 PM