I got a letter in the a few weeks back from the Catholic Church and they signed me up to help clean up at the Parish Picnic they have every year. I also had to make a cake for the Cake Walk they do for kids. I haven't went to church in like 20 years, so it's just odd that in the past year they have started to send me stuff.  I was going to tell them not to send me anything or include me anymore, but instead I talked to a few of the ladies on the board. They basically said they only need me to help at this event and I won't be needed until next year. I figured ok, no big deal as it's really more of a community thing anyway as most of the town comes. I also go up there and eat and let Claire play games every year too....so why not just help clean up and what not. We also had to bake a cake for the kids Cake Walk.... Anyway one of the board ladies is my aunt Donna, and she asked if I would also help her move the big wooden signs they had around town too. While we were driving to pick them up, we talked about the death of my moms aunt a few weeks ago. My Aunt Donna's son Justin is married to the granddaughter of my moms aunt....hope that makes sense lol...It was awesome when Justin got married as I told people my cousins were getting married....but they aren't actually related.

The pic above is my moms Aunt Kathleen. I'm assuming my mom is named after her as well as my moms name is Ann Kathleen and hers is Kathleen Ann.
Also what's interesting about her death is that she was at the nursing home my girlfriend works at and just a few weeks before she died my girlfriend was talking about her. I told her to tell Kathleen that she is my girlfriend and she did...Then Kathleen wanted me and our kids to come visit her.....Then a few weeks later she died from falling.

Also I believe Kathleen was the only Aunt/Uncle that my mom had left alive...The only other people my mom mentioned was her uncle Harold Huebner who was married to Kathleen's sister Joan. 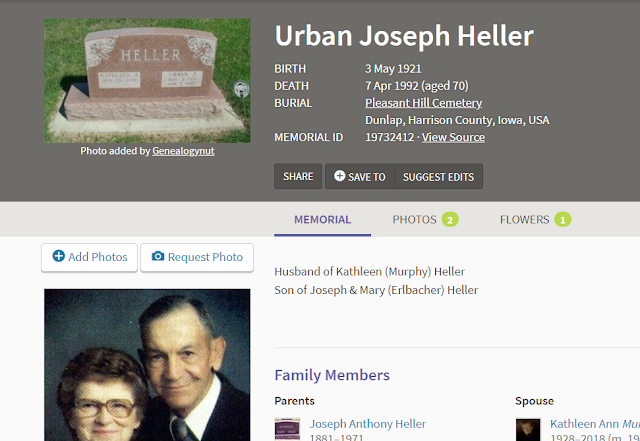 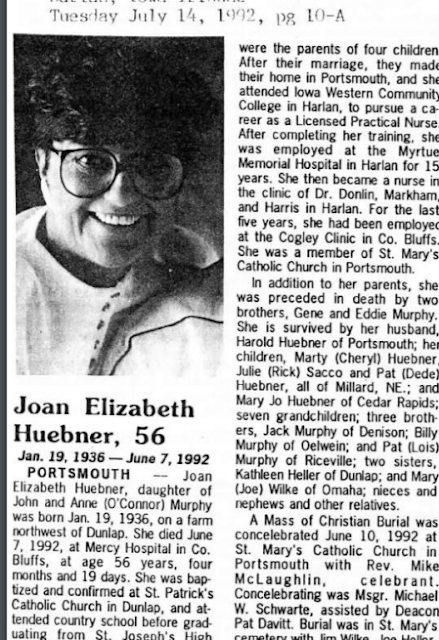 What's so interesting about all of this is that Kathleen's husband died on 4/7/1992. Then Harold's wife died a few months later on 6/7/1992.
So how interesting Kathleen and Harold died just days apart this year....and their spouses also died very close to the same time as well.

I remember when my best friends brother died age 15, he was telling me a story of how his moms sister died age 15 as well. I've always thought it was interesting and after seeing these patterns like crazy in the past few years, I know it's not coincidence.

Posted by The Mindless Freaks(Dan Behrendt) at 2:30 AM