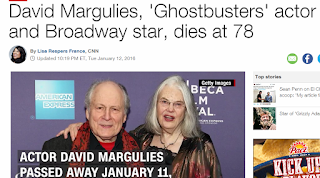 Margulies was in Ghostbusters and also Ace Ventura Pet Detective.

This is the meme going around about Vikings kicker Blair Walsh.
It's making fun of the Ace Ventura movie. Margulies died the day after Walsh missed this field goal which is also the day the Meme became popular.

Blair Walsh also associated with the number 56.
His longest FG in College was 56 yards
He wears # 3.
Three=56

His Longest NFL FG is also 56 yards.
Interesting  he missed a 47 yard FG to lose against the Seahawks and being compared to
Ray Finkle=47
Finkle is Einhorn=168
Athens Assassin=168  (Blair Walsh's Nickname)


Posted by The Mindless Freaks(Dan Behrendt) at 11:27 PM