109 in my Notes, Obama's Speech in Omaha, Rams move to LA, Vikings VS Seahawks, Kobe Bryant. 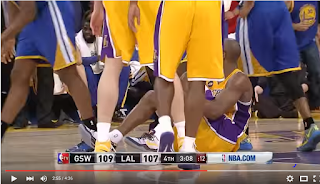 I've mentioned Philadelphia multiple times and how Kobe Bryant the Philadelphia Native has been coded his whole career. He tore his achilles against the Golden State Warriors who used to be the Philadelphia Warriors even. Maybe I'll add more later but there is a lot to it and I will have to find all my info again which will take some time.

Posted by The Mindless Freaks(Dan Behrendt) at 12:43 AM