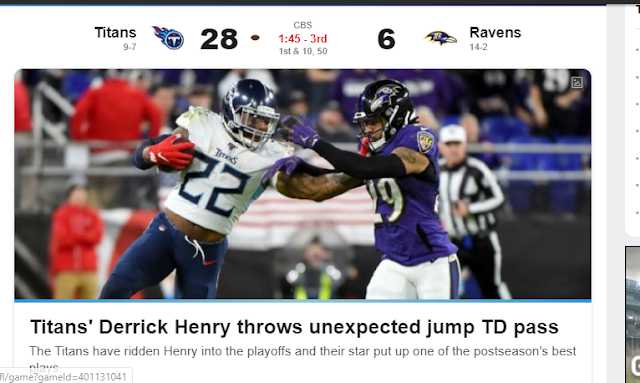 Today is 38 days after Pope Francis got the Lamar Jackson jersey.
Ravens=38

I'm also interested that the date was 12/4...which is Jeff Bridges bday and the big number with Fat Comedians...I documented earlier about a comment on my Ralphie May video... 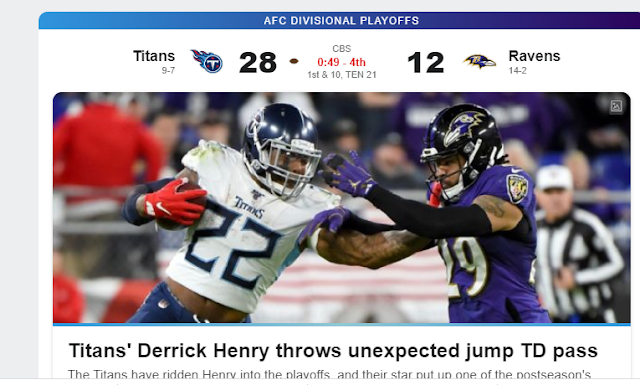 South Park Hindsight was all about the BP Oil Spill...
Herman Boone the coach of Remember the Titans dies...reminds me of T. Boone Pickens dying earlier this year..
I'm interested to see what happens with the Chiefs game tomorrow...
There's a lot of funny narratives that could play out such as the Chiefs vs the 49ers in the Super Bowl....The QB controversy stuff...Alex Smith/Kaepernick....Montana/Young...

The Packers the original team that Kaepernick took a knee against...plus my crazy syncs from last March...

Texans=20
Titans=20
We be funny if they play each other as well.
The Texans were founded 20 years ago..the same season the Titans changed their name from the Oilers to the Titans.
The Ravens first season was the final season the Oilers were in Houston as well. (1996)


In the beginning of the Season I was really looking at the Chiefs and Packers...The Andrew Luck stuff was important to 2016 before my Uncle Barney died...I talked about the first and the last with the Chiefs and Packers...that narrative had a lot to do with the number 1012....It only stands out because the Vikings just lost with 10 points and the Ravens lost with 12 points......it also had a lot to do with Miami where the Super Bowl is held this year..Also Ralph was important as Ralph Kramden is who Fred Flintstone is based off of.

My sync with the Packers at Cheers was 10 months 12 days(end date) before SB 54 as well.

Wouldn't that be something?

Posted by The Mindless Freaks(Dan Behrendt) at 11:32 PM