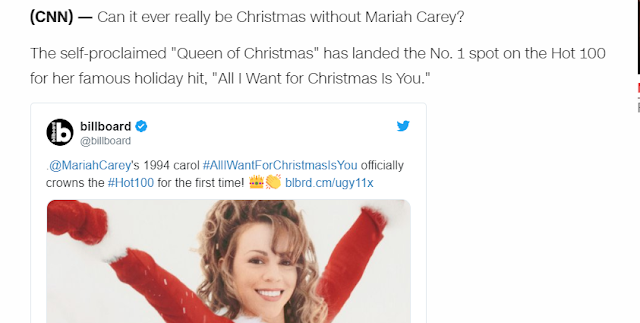 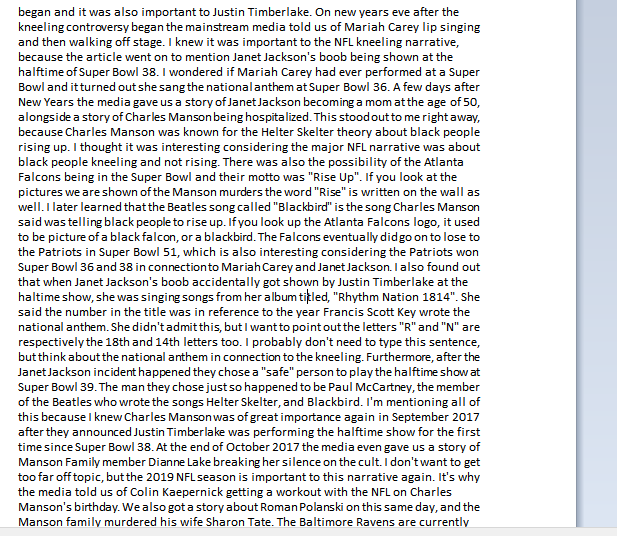 I think it's funny that this story is on the CNN headlines right now...just last night I wrote about Mariah Carey being important to the Charles Manson narrative in the NFL.

Queen of Christmas=239
The number that is really important to the Kneeling during the national anthem..

I imagine there is something important to her ex husband Nick Cannon as well considering he was just did the diss to Eminem....he also hosted a show called "Lip Sync shorties" and last night I was writing about her lip syncing on New Years Eve.
He also hosted that with JoJo Siwa and I swear we listened to JoJo Siwa for the first time ever in the car yesterday...as it was just Claire and I and I figured she wanted to listen to her.
JoJo Siwa=102

The song All I want for Christmas is You came out 57 days before Christmas.
Mariah Carey=57

I also wonder if I may see something about Boyz II Men as I was singing there songs today at work...probably because of Mariah Carey and "One Sweet Day".
Posted by The Mindless Freaks(Dan Behrendt) at 10:47 PM