Maleficent on after my last blog post-Princess Aurora-177 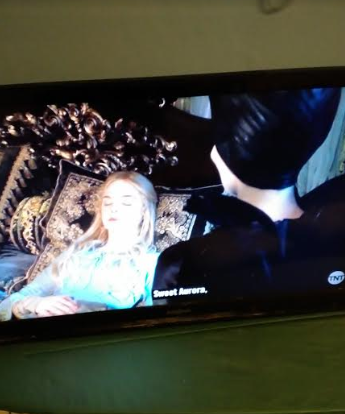 I started writing again after my last blog post and I finally just looked up at the TV. Of course the first thing I see is the movie Maleficent and the lady saying Sweet AURORA. I have never seen this film so it's funny one of the main characters is named Aurora.

Interesting the girl on the Ice Princess picture from my last blog has the same bday as Angelina Jolie of 6/4...
Angelina Jolie is also the former wife of Brad Pitt who is the Vampire Louie on Interview with the Vampire.

The girl who plays Aurora is Elle Fanning who is in the film Super 8 that I mentioned not too long ago too.

What's even funnier is that on 11/11 I blogged about synchronicity with the film "Takin Care of Business"=1111(Eng ext)....it was JJ Abrams first film..and I mentioned how I just talked about Super 8 killing Buffalo Wild Wings workers....
It's only funny because my last post began because I heard Eleven Eleven on the TV while documenting about the number 11 in the book.

Charles Perrault=177(wrote Sleeping Beauty)
Princess Aurora=177
I wrote these back in November 2016 when a shooting happened next to where I lived in Des Moines Iowa...on Aurora street.
Princess Aurora Blog Post

The movie that was on before Malecifent was the Wizard of Oz too..not sure if that' significant.

A new Malecifent movie came out on 10/18/19 as well...Like I said, I have never watched this film and I really don't want to...maybe someday. The key is Aurora and 177 it seems.

Posted by The Mindless Freaks(Dan Behrendt) at 2:37 AM