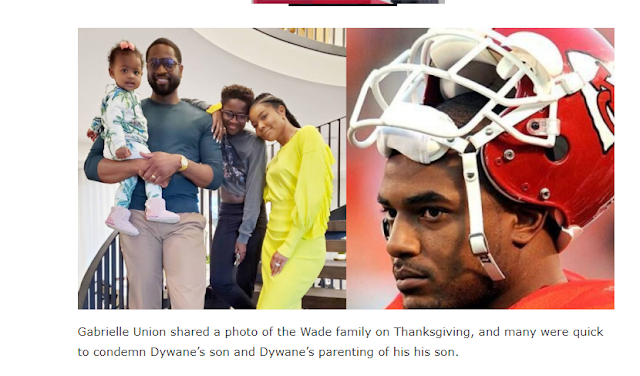 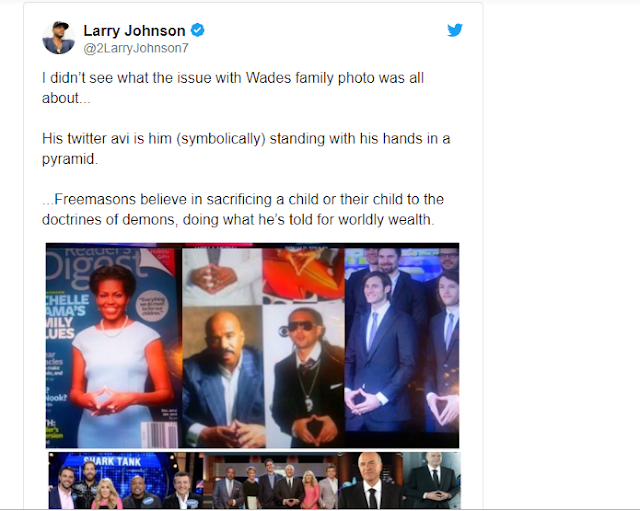 I heard someone call in about this on the Gematria Effect earlier.
Remember Larry Johnson is important to the Chiefs who are also important to the Nebraska Cornhuskers...I've been talking about this narrative since 2015 when I thought the Chiefs would be in the Super Bowl...Nebraska just finished the regular season with a 5-7 record just like 2015 when they somehow got a bowl game in Levi's Stadium(49ers)/Kaepernick.....and Beat the UCLA in the Teen Wolf bowl. (Foster Farms Bowl).
Remember Dwyane Wade went to his first ever Nebraska Football game that year on 9/5 too...as his wife Gabrielle Union is a fan of the Huskers and from Omaha.
Gabrielle Union just in the news for America's Got Talent.

When looking up Wade again I noticed that his name was spelled weird..."Dwyane instead of Dwayne"...apparently it's always been this way, I've just been messing it up lol. Either that or it's the Mandela Effect...I went back and looked at my blog and Zach's blog and the article pictures all spell it as "Dwyane". It's easy to mess it up I guess...but still seems very odd to me that I never noticed it before. 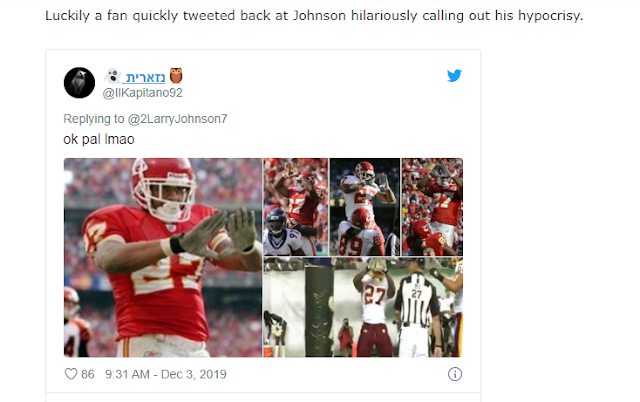 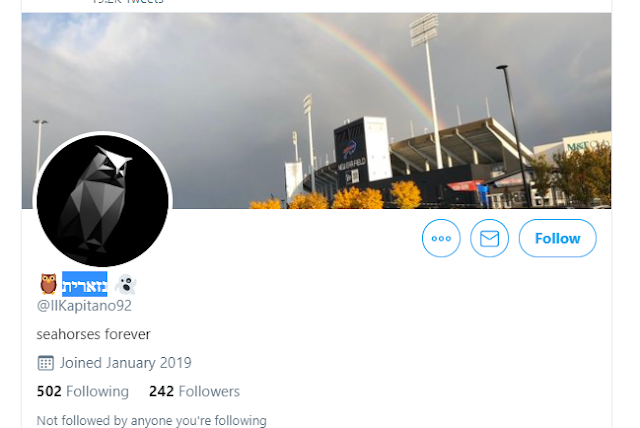 Thought it was interesting too that the article I clicked showed this person tweeting a picture of Larry doing the pyramid with his hands..
Notice this person has the Hebrew letters saying "Nazarene" on their twitter....Isn't that the Buffalo Bills Stadium in the Background too?
Remember the Alton Sterling/Philando Castile stories on 7/6 were important to Dwyane Wade as well...they were important to the World's Fair in Buffalo/McKinley assassination..
7/6 is Eastern Orthodox Valentines Day....Stoneman Douglas......
All of that was important to Obama's final state of the Union and the death of Lawrence Phillips as well.

In regards to Batman...Remember the Joaquin kid who was buried in the Wade Jersey after Stoneman Douglas...I mentioned then I think it's something important to Joaquin Phoenix..
The Super Bowl is going to be connected to this narrative, I just don't see the bigger picture yet.
Posted by The Mindless Freaks(Dan Behrendt) at 11:04 PM