Synchronicity with Helter Skelter while taking my girlfriends brother to work

I was driving my girlfriends brother to work earlier and I got on Facebook. One of the first posts I saw was from my friend I used to make rap music with that I just blogged about a few weeks ago. He posted one of our old songs and pointed out I spelled his name and the other featured persons name wrong...I spelled it Tommy instead of Tommie, but in my defense, I have never even met the guy lol.
Anyway since it had to do with spelling I figured it was important...I further knew it was important because Tommie says a line about "Helter Skelter" in this song. I actually thought about this song a few weeks ago too thinking it may be important cause of that lyric..
Notice I put the video out on 3/18...so today is 142 days before 3/18.
Charles Manson=142 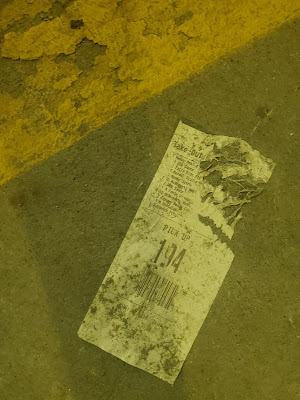 So I drop him off at work and figured since it's like a 45 minute drive that I would stop at the truck stop and get some shooters. I got up to the door and realized I had to wear a mask so I walked back to my car and right next to my SUV is a McDonald's order form with the order number 194 lol.
Charles Manson=194 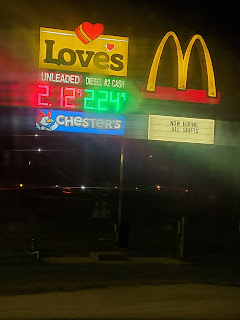 As I was leaving I realized that today is also a span of 224 days from 3/18, which is hilarious considering 224 is the big number I talked about in my previous posts about this. I then looked over to see the diesel price at $2.24
I see my girlfriends brother also equals 194, but in English Extended.
Michael Cole=194(ee)
Helter Skelter=194(alw)
Chris Schwery=158
Helter Skelter=158
It's interesting his bday is 3/5 too which makes me think about Catholic.
Catholic=35 and 194(Jewish)
Also the gas station called LOVEs in relation to Rose?
Posted by The Mindless Freaks(Dan Behrendt) at 11:41 PM