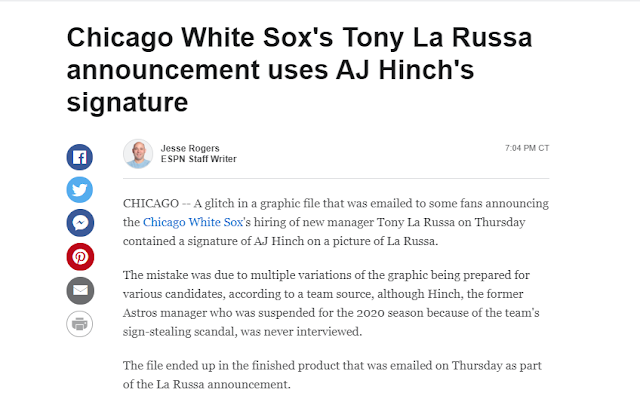 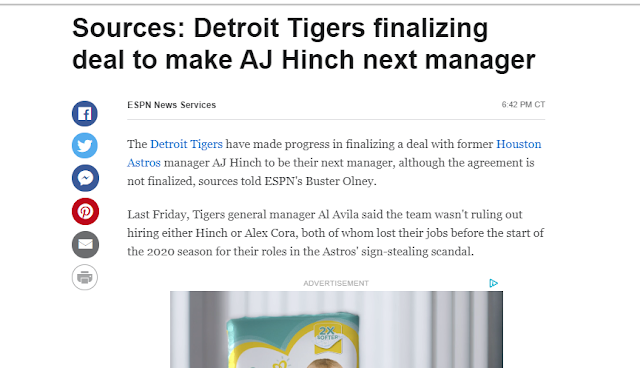 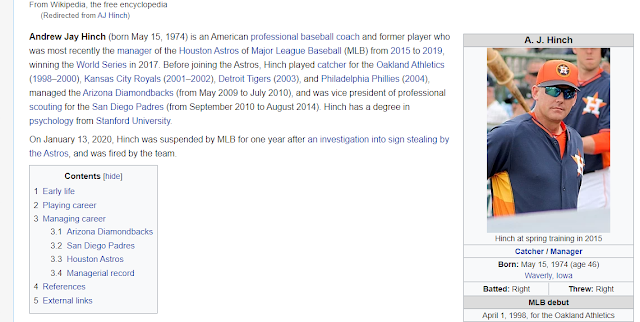 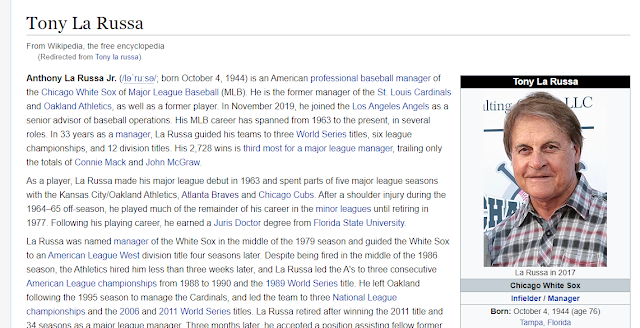 Absolutely not a mistake that Tony La Russa signs with the White Sox and they make an error involving AJ Hinch....then we get a story about AJ Hinch and the Detroit Tigers....

Notice that Tony La Russa is 76 years old and born in Tampa.

Recall how the Tiger symbolism was important to Tampa Bay and Carole Baskin's husband disappearing.

Of course Tampa Bay just lost in the World Series too.

It's interesting to note that the Tampa Bay Rays lost in the World Series 143 days after Carole Baskin's bday.

AJ Hinch's bday is a span of 143 days before Tony La Russa's.

Recall that the number 79 was very important to Tiger King and the number 22...Year of the Tiger 22' as well.

The Super Bowl will be held in Tampa Bay...

Tony La Russa is known for coaching the Cardinals....this happens just after the pope elects 13 new cardinals on the day where they took the Tampa Bay Buccaneers off prime time for the Arizona Cardinals game...

Posted by The Mindless Freaks(Dan Behrendt) at 1:44 AM