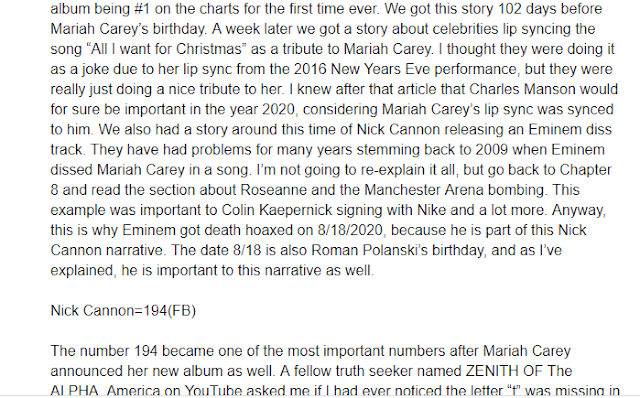 I'm so close to having this book finished, but I've been trying to add some of the new things first, because they really add to other things I have talked about. I was hoping to be done by tomorrow, but of course someone called in already and now  I have to work...then go to band practice....just too many things going on, zero time until late at night, and sleeping for 2 to 5 hours for the last 30 years is finally catching up to me.

I'm not going to lie either, I literally hate the setup of this new blogger. It's too much like a phone, and I can't drag and drop screenshots. It takes way longer to upload an image and for some reason I am super annoyed by it. I may try and figure out a new spot to blog if I have to continue it this way. There's other things that I don't like about it too, but not being able to just drag my file into the blogger is the dumbest thing. 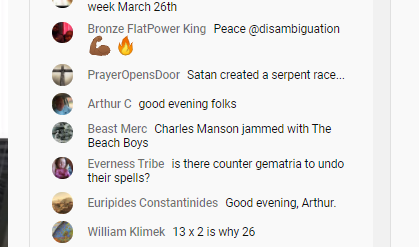 Anyway, I wrote about Charles Manson/2020/Nick Cannon and then went and took a bath. I figured I would listen to the Gematria Effect from last night while I was in there. I finally got done and I sat down in my chair and saw someone asking about the Beach Boys in the comments..Another person mentioned Marilyn Monroe, who is also important in the Charles Manson narrative.

Posted by The Mindless Freaks(Dan Behrendt) at 12:48 AM