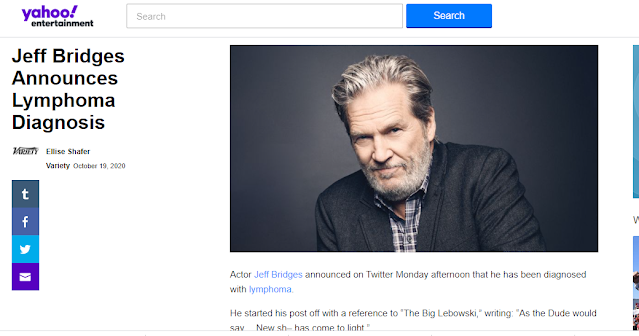 Jeff Bridges has lymphoma now? Remember how Charles Manson died in 2017, which was the year Trump called out the NFL for Kneeling connected to the Eagles....Super Bowl 52 was connected to Bridge symbolism and the Big Lebowski hates the fucking Eagles.

The upcoming Super Bowl is SB 55.

This doesn't mean the Eagles will be in the Super Bowl either, but there is a connection to them though. They played the Ravens the day before this announcement....the Ravens important to Kneeling/Charles Manson....they then played the Thursday Night Game agains the Giants...

Honestly the Bridge symbolism makes me think about the Pittsburgh Steelers who are playing well this year....they are the City of Bridges....Also the last time they won a Super Bowl was in SB 43 that was held in Tampa Bay...just like SB 55. Another reason I wonder about the Steelers is because of the Rose symbolism and the Antwon Rose story earlier this year.

I figured I would search "Rose Bridge" and the first thing that came up was a bridge in Ireland named after JFK's mother Rose Kennedy....Notice her name though....she is the 6th American woman to become a Papal countess of the Holy Roman Empire...

JFK died in the 187th year of the United States.

Remember how JFK was important to Charles Manson too.

Pius XII was the Pope during World War II as well...

Rose Kennedy dying on 1/22 makes me think about Pope Francis..

Of course today is 1 month 22 days before Pope Francis' bday....

Remember JFK met Pope Paul VI a span of 35 days after his 46th birthday before he was assassinated too.

Today is 43 days or 1 month 12 days before Wilton Gregory's birthday.

Both of these numbers important to Civil Rights and JFK.

He will become a cardinal a span of 35 days from today...

Wilton Gregory's bday is also 71 days after the Jesuit anniversary...

Posted by The Mindless Freaks(Dan Behrendt) at 3:56 PM