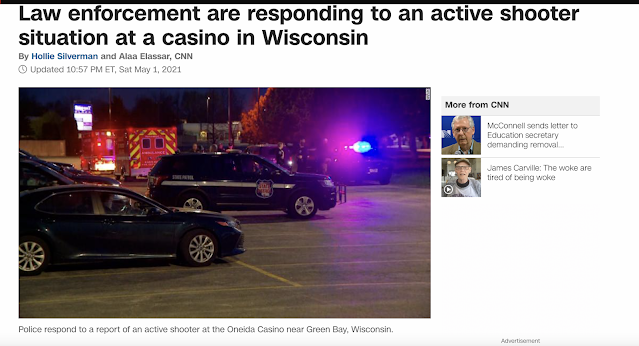 I just blogged about a Native American theme synced to Aaron Rodgers and the Green Bay Packers yesterday...

Now today a shooting at a Native American Casino near Green Bay, Wisconsin...lol....

It's interesting the other big story in the media is about India and Coronavirus....India...Indians...Native Americans...

This story comes 215 days or 7 months 1 day before Aaron Rodgers bday...
Oneida Casino=71 and 215
Radisson Inn=71(part of Casino with shooting)

It's interesting I just blogged about 69 in relation to Queen Elizabeth II too..

Posted by The Mindless Freaks(Dan Behrendt) at 11:52 PM