What's the deal with all the White Rappers in the media lately?
We had MGK diss Eminem...
Eminem's new album cover resembles the Beastie Boys.

Then Vanilla Ice was on the quarantined plane at JFK.
This in turn makes me think of Jamie Kennedy in Malibu's Most Wanted...Kennedy is from the Philadelphia Area where the Flag was sewn.

Now we get the death of Mac Miller...
Waiting to see a story with Mac Lethal or some other white rapper....Atmosphere, Bubba Sparxx, Logic, Mackelmore..a few I can think of off the top of my head..maybe even Snow...the guy who looks like Edward Snowden with the song "Informer". If he's considered a rapper? 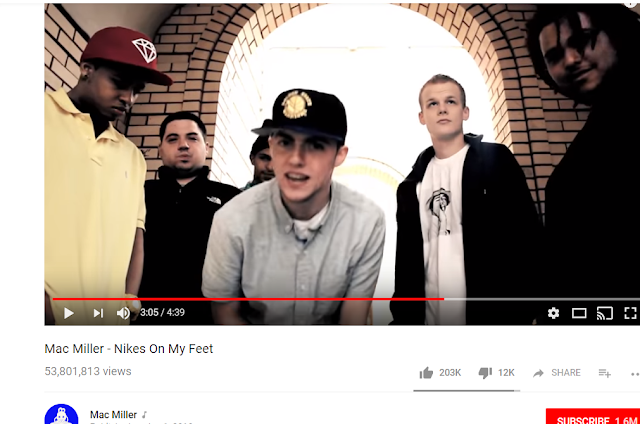 Mac Miller even has a song from way back called "Nikes on my feet".....now think about that in regards Nike being a big controversy in the past few days because of Colin Kaepernick.
It's off the Album called KIDS which is a reference to the film "Kids"....it makes me think of Eminem again as he has the song "Guilty Conscience" with Dr. Dre where he mentions this film as well.

Think about Eminem in regards to Detroit....also Ariana Grande who was just in the news for her outfit at Aretha Franklin's Funeral in Detroit. Also the pastor and Bill Clinton stuff with her.
Ariana Grande was Mac Miller's Ex-Girlfriend.
Ariana Grande=93 and 231(reverse)
Ariana Grande-Butera=119(rev red)
She was born in 93'. Her debut Album came out on 9/3.
Manchester Arena broke ground in 93'.

Remember the Concert Attack happened on the day that leaves 223 days in the year.
War of Eighteen Twelve=223
Kaepernick=223
The Star Spangled Banner=223

Also don't forget Ariana Grande openly studies Kabbalah just like Roseanne Barr.
It's funny looking back at my posts that mention her, they all have to do with San Francisco/Earthquakes/The Golden Gate Bridge too.

She of course made her first national television appearance singing the National Anthem at a Florida Panthers game.
Think about how the Jacksonville Shooters name was KATZ like a Jaguar is a Cat....Ariana Grande's name is inspired from "Felix The Cat"....She's also famous for being "Cat Valentine" on Sam and Cat.

Miller also dies 134 days before his 27th bday...
Zach has pointed out multiple times how the Vesica Pisces is important to Football...
Vesica Pisces=134

Fitting as well that his last album came out on 8/3.
Football=83
Interesting the album is called "Swimming" as much as I've mentioned the Drowning theme.

He dies 35 days after Swimming is released...
Remember Francis Scott Key was 35 years old when he wrote the National Anthem on 14/9.
35th prime is 149.

Also the Drowning Theme involved another Rapper who died this year...XXXTentacion....Interesting he died on the anniversary of the War of 1812 beginning...June 18th.
Notice his bday of 23/1 too.
He died 81 days or 2 months 20 days before Mac Miller...
Donald John Trump=220
81 the Bridge number connected to Francis Scott Key who was born on 8/1 too.


I was listening to Casey Jones video Mac Miller-Divine Feminine
from a few days ago. He mentioned how Mac Miller and Ariana Grande broke up on May 10th...510...
American Flag=510(satanic)
Francis Scott Key died 5 months 10 days after his bday.
Trump's bday(Flag Day) this year was his 510th day of being president.
Think about the Kennedy stuff above too...
John Kennedy=510(satanic)
In Malibu's most wanted he goes in to rob the Korean's gas station of Malt Liquor..
Korea=510
Peace Summit=510
They announced the Peace Summit on 510.
Trump and Kim met 5 months 10 days before the JFK assassination anniversary.
Kim murdered his brother on 5/10.
Basketball=510(Rodman)
Remember Roseanne canceled on JFK's bday.
Also Marilyn Manson and Rose McGowan back in the news recently(Coma White JFK video).
Also the song Helter Skelter about Blacks rising up and the song Blackbird...Falcons/Ravens.
Marilyn Manson's original Say10 clip showed Trump being assassinated.

Mac Miller has the song "Donald Trump" that came out just after Kids.
Ariana Grande-Butera=326
JFK died on the 326th day...
I talked about 326 a lot in regards to Ariana Grande in previous posts as it was connected to the Angel Gabriel..have to think more on it. ....
Thinking about George Bush and the Thousand Points of Lights meeting recently too....the phrase previously comes from C.S. Lewis who died the same day as JFK.

Posted by The Mindless Freaks(Dan Behrendt) at 10:20 PM