The Warning aka El Aviso on Netflix-42 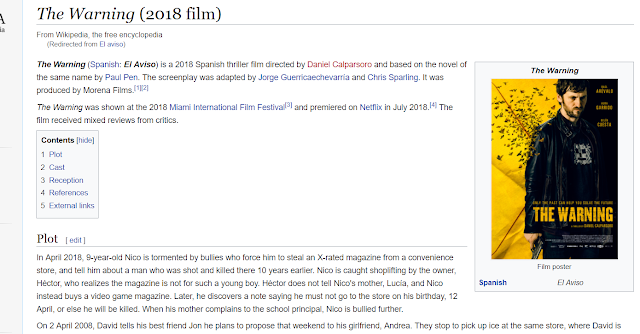 Someone has been telling me to watch this film for a while now. I didn't realize it was on Netflix. I couldn't find it at all until I saw Zach post about it earlier.
The whole point of the film is a guy's friend gets shot in a gas station and he finds a pattern of people being murdered there by numbers...His friend was shot on 4/2 and they pull the plug on him on 4/12 as that's the day all the people die in the pattern. 4/12 just so happens to be the main character's bday. He later finds out that when they pulled the plug his friend didn't die and is recovering. He realizes he is the one who is supposed to die on his bday at the gas station.
He figures out that 10 years after 4/12 a 10 year old boy will die in the store as well..
The boy in the film just so happens to turn 10 years old on 4/12....
From what I get out of the movie, he's actually reincarnated into that boy, so he's saving himself in way. 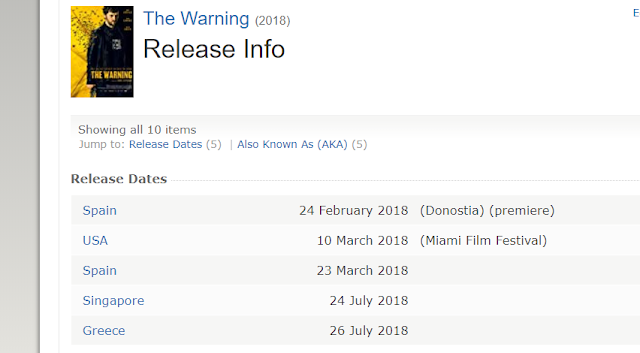 Interesting the main character in the films real bday is 224 days after 4/12 and the film released on 2/24.

Posted by The Mindless Freaks(Dan Behrendt) at 12:23 AM